The palace of Grand Duke Nicholas Konstantinovich Romanov, the grandson of Russia’s Emperor Nicholas I, who, exiled by his royal parents to Tashkent in 1877, stayed there until his death in 1918, is, perhaps, the most romantic building in the Uzbek capital. The palace, which is still in a perfect state of preservation, is situated in the very heart of the city, next to the Square of Independence and close to Tashkent’s Broadway and the Amir Timur Square.

The palace in the art nouveau style, which was highly popular at the time, was designed by architects V. S. Heinzelman and A. L. Benois and built in 1891. The graceful two-storey building is richly decorated and features fretted lattices, windows of unusual shapes, turrets and other ornamental elements. Romanov was a passionate hunter, which was reflected in the decoration of the mansion’s main entrances with bronze sculptures of deer and hounds. Nicholas lived in the left wing of the palace, while the right wing was occupied by his wife. The palace featured a large library, enormous winter garden, greenhouse and Japanese garden. Palms of all kinds were cultivated within the premises together with lemons, oranges, tangerines and ornamental dwarf trees. A doorway at the back of the house led to a large garden laid by I. I. Krauze, an outstanding botanist and pharmacist from Tashkent.

The palace’s interior design was particularly diverse and beautiful. The rooms of the house were panelled with oak and decorated with fretted cornices and gold painting. Local masters in traditional gypsum (ganch) carving were involved in the decoration of the inside of the mansion. The Grand Duke of Russia organised a menagerie in one of the wings, which comprised a collection of wild animals inhabiting the region at that time. On Sundays the menagerie was open to the public.

One of the palace’s halls was ornamented in the oriental style, with wonderful Bukharian, Afghan, Turkmen and Perisan carpets covering the floor and firearms and cold steel of precious metals hanging on the walls. The traditional low wooden beds were clad with carpets and textiles embroidered with silk, gold and silver threads. The room also featured canvases by outstanding painters depicting scenes of life in Asia. The collection of pictures by Russian and European artists Nicholas had brought from Saint Petersburg formed the core of the Museum of Arts established in Tashkent in 1919. Currently, the collection of European paintings kept at Museum of Arts of Uzbekistan ranks as one of the largest in Central Asia.

Nicholas Konstantinovich Romanov was held in high esteem by the local people. He was the founder of the first cinema and bakery in the city; he laid a number of irrigation canals in the Hungry Steppe, launched the production of soap, built rice hullers and cotton mills and opened a series of billiard halls, photographic studios and kvass outlets. The Grand Duke ordered to plant planes all over Tashkent. This resulted in thousands of trees, some of which are still alive today. In 1918, shortly before his death, Romanov bequeathed his entire collection to the city, with the stipulation that his palace be turned into a museum. The Museum of Arts of Uzbekistan was opened in the Grand Duke’s house after his death. Between the 1940s and 1970s the mansion housed the Republican Palace of Young Pioneers and Schoolchildren and later, until the early 1990s, the Museum of Antiques and Jewellery of Uzbekistan. In the late 20th century the building was renovated and designated as the House for Receptions of the Ministry of Foreign Affairs of Uzbekistan. 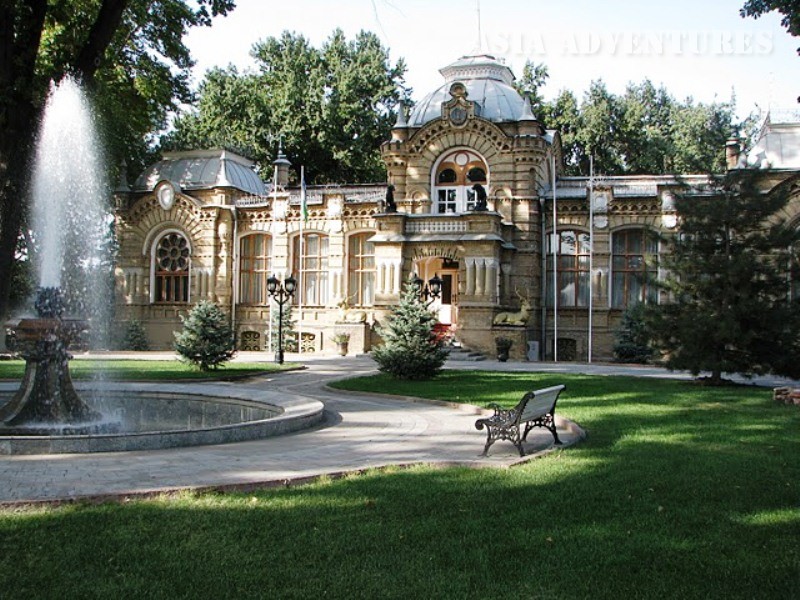 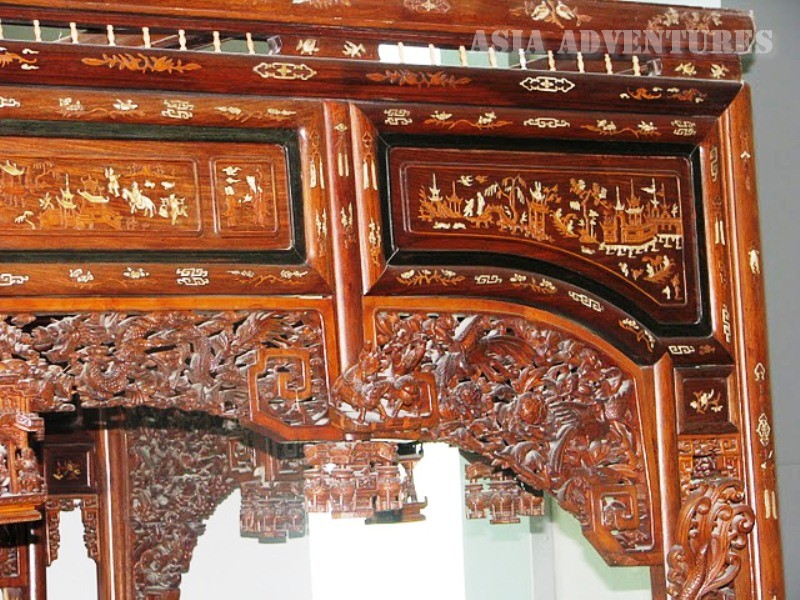 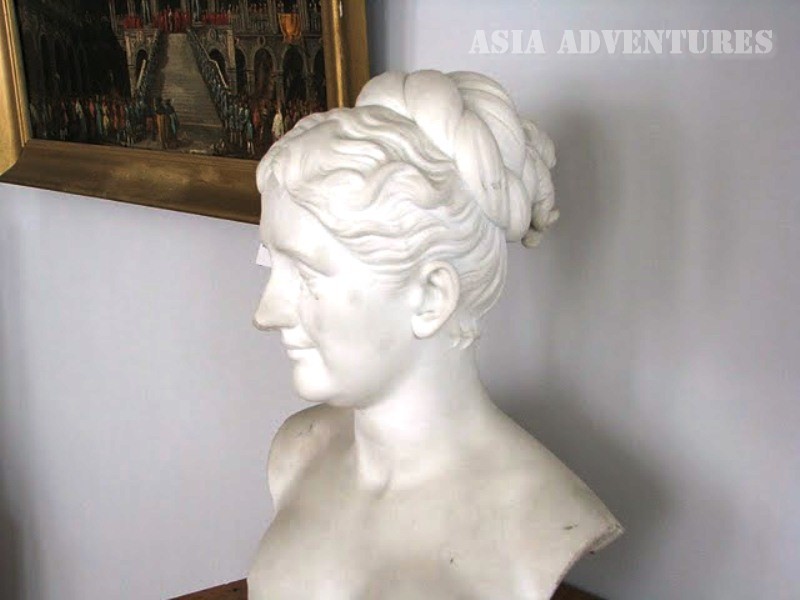 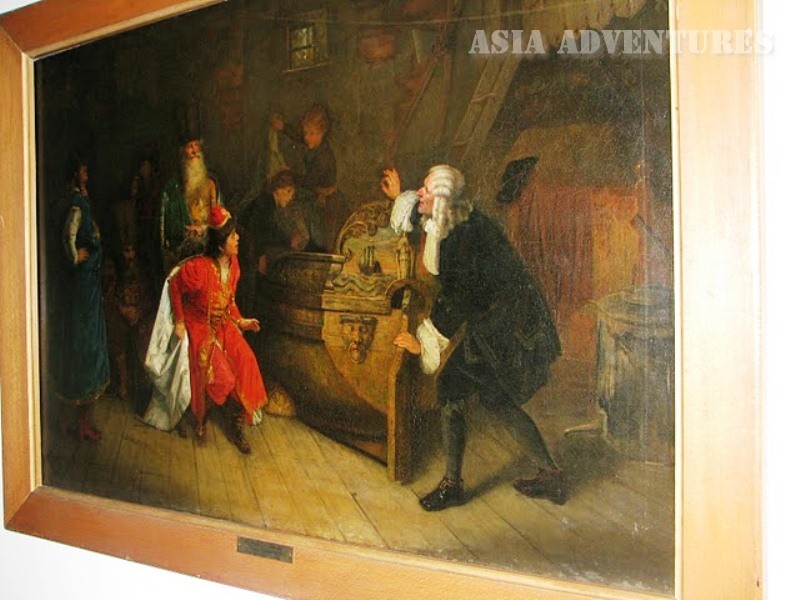 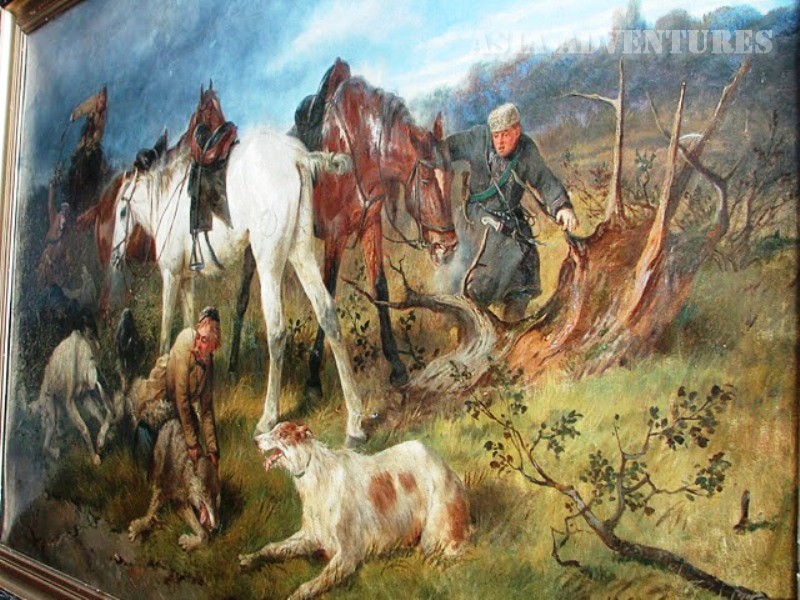